What You Need To Know About Freon For Your AC System

What You Need To Know About Freon For Your AC System

If you have an older model, there’s a possibility you might still be using Freon for your air conditioning. This is the trademark name of a gas that was used commonly as a refrigerant in AC systems for many years. However, over the years it was discovered that it had adverse effects on the environment — and alternatives have been found that are just as effective without causing as many ecological concerns.

As a result, the use of Freon for AC has been phased out except in certain very specific cases. If your home or business has an AC unit that still uses Freon, it’s important to know some of the basics about what it is, why it has been phased out and what you should do if your system needs servicing.

Also known as HCFC-22 or R-22, Freon is a chlorofluorocarbon (CFC). It’s a man-made organic compound that consists mainly of carbon, fluorine and chlorine atoms. These types of compounds were used frequently as a coolant as well as a propellant for aircraft systems. However, it was determined decades ago that they have a negative impact on the Earth’s ozone layer.

When CFCs are released into the atmosphere, they are broken down by ultraviolet radiation from the sun’s rays. This releases the chlorine atoms they contain, which drift up into the upper atmosphere and destroy ozone molecules. This was found to be a major cause of damage to the ozone layer, which shields the Earth from much of the UV radiation that reaches the planet.

Out of concern for the long-term environmental damage it caused and would continue to cause, the use of Freon was halted throughout the industries that used it. Air conditioning manufacturers have been using alternative coolants since 2010, and production and importing of Freon in the United States came to an end in 2020.

Why Should You Still Be Concerned About Freon?

Owners of older AC systems made before the Freon phaseout need to be aware of their responsibilities when it comes to service and maintenance. Tiny leaks can result in your system’s Freon being depleted, which means it will need to be replaced. This can only be performed if recycled, reclaimed or previously produced Freon is used, by law. It also is highly recommended that any servicing of these systems be performed by professionals, to prevent any accidental leakage.

Although the industry has abandoned it, AC systems that use Freon still exist. When you need expert help with yours, call Gene May Heating & Cooling. We’ve served the Joliet area since 2007, installing and maintaining air conditioners including Freon-based systems. If you want to learn more or schedule service, reach out to us today. 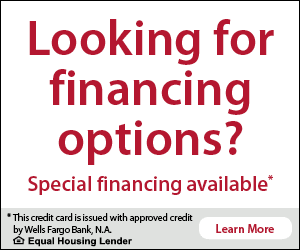